Last year, someone had an issue regarding S6 Pagetables not displaying Gain on knobs.

I have a similar issue with Spanner pagetables on my S6 with a 7.1.2 !Spanner plug in.

I have downloaded the pagetable Jeff gave, I have “Gain” knobs for a 7.1 but I can’t find “Gain” for Lts and Rts. (see attached pictures of the expanded knobs).

Also some knobs display Solo : Solo Rts and Solo R. Why are there only 2 channels and not all of them ? And since it is not in automation, it is quite dangerous to have them on knobs I would say… 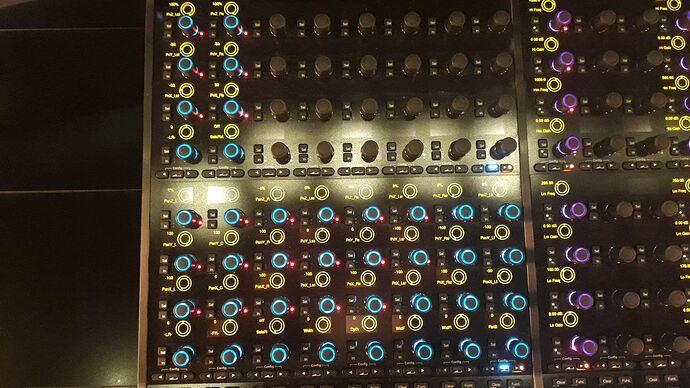 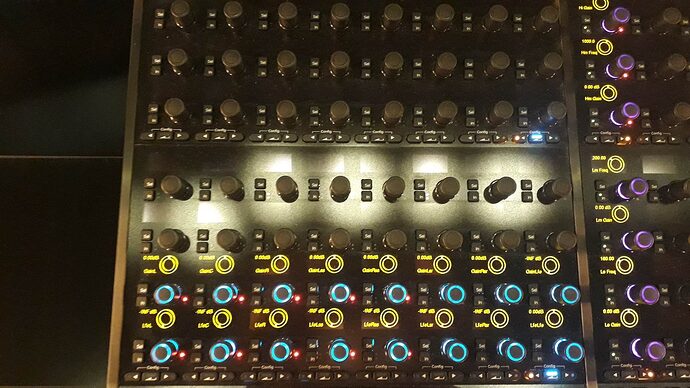 Hi,
I can confirm that the 7.1.2 layout is missing TOP channels for Gain and LFE. I’m working on a new build of Spanner right now so I’ll fix that up. If you need it asap hit me up on support@thecargocult.nz

RE: Solo - each knob actually hold a couple of parameters, one of which is the push button. In Spanner, Solo is on the push buttons, but if there’s no parameter assigned to the knob, I think the S6 will display the name of the button parameter.

In your example, it looks like the S6 is ignoring the ELEV parameter, whereas my S6 simulator shows that it is indeed there. I’ll take a look and see if there’s some freason the hardware might be behaving differently.

RE: Solo danger:
We had quite a bit of discussion around the Solo parameter when designing Spanner, specifically regarding the danger of having a non-automatable parameter which affects the sound of the mix. The consensus in the end was that anyone using the SOLO is not intending for it to be written to automation, as it’s just a means of inspecting the signal. So we decided that on balance it was better to have the feature but accept the risk.

HI ! Thank you for your quick answer !

No worries we don’t need it ASAP, it is good to know that it will be fixed in the future.

For solo, I understand, I didn’t know about the push button having a effect! Also for the danger, I believe solo on the plug is as you said necessary but risky, and I understand that some people want to access those parameters on the surface so we will adapt now that we know !